A famous building in Haarlem  |  The project  |  Help us!

A famous building in Haarlem

In 1879, fourteen-year-old Pim Mulier wrote a letter to the mayor of Haarlem. He had seen a strange and exciting ball game in England and requested an official area to play the new game.

Completely overshadowed by these popular ball games, is real tennis. And there you have it. In Haarlem you will find Huis ter Kleef, being the oldest real tennis court in the world. It is the only one remaining in the Netherlands. The court was built in 1560 by the nobleman Hendrik van Brederode, a friend and loyal ally of father of the nation, William of Orange. During the Eighty Years’ War against Spain, Hendrik headed a resistance force called “The Beggars”. The rough and ready mariners banded into a semi military organization to bedevil the enemy wherever they could. In revenge, the Spaniards blew up his castle Huis ter Kleef in 1573. Only his real tennis court survived the attack.

The story of Huis ter Kleef begins in the 13th century. At that time, the mansion was a simple tower house that stood on a small island just outside Haarlem, near the hamlet of Schoten. Since it did not look much like a castle, it was called the Woninghe te Schoten, or the House at Schoten. Its first known occupant was Pieter van Rolland, a knight who used the small house as his country residence. In 1334, the building became the property of William Cuser, an illegitimate brother and advisor of William III, Count of Holland. In the Middle Ages, bastard children were still considered valuable family members and were often given high positions at court. Cuser’s son, Coenraad, inherited the castle in 1354 and extended it with a new wing. In turn, his son — another William — served the court just as his grandfather did, as high-court dignitary to Count Albrecht van Beieren, delivering important letters and escorting his guests.

Want to learn all about the history of Huis ter Kleef? Read more and download the chapter about Huis ter Kleef from the book Kingdom by the Sea of Mark Zegeling. Real Tennis recently took a big step towards returning to Holland. Housing the first real tennis court in the Netherlands, a group of Dutch entrepreneurs decided to rescue this wonderful piece of history. They joined forces and operate as The Stichting Huis ter Kleef.

One major step was that the City of Haarlem has agreed to the proposal to restore the real tennis court at Huis ter Kleef. The court is, among covered courts, the world’s oldest and is now used by the city primarily as a canteen.

Restoring this unique monument will be a major project. The refurbishments on the tennis court will be conducted with a great degree of authenticity, in tune with mid-sixteenth century practice. The original ‘kaatsbaan’ walls still exist, but the interior structure requires substantial architectural adjustments and renovations. The roof is in a dilapidated state and needs to be restored. Besides upper windows will have to be installed and all the architectural features of a tennis court will have to be incorporated, including a flagstone floor and lighting. The present office spaces will be transformed into a bar/lounge, meeting room and changing facilities. The building will also be used to serve as a tennis museum, with displays of old tennis exhibits in the penthouse corridor(s) and within various club facilities. The items displayed should guide the visitor through 500 years of tennis history, starting with a game on the kaatsbaan. Holland could pride itself on at least 150 tennis courts in the seventeenth century.

The challenge now is to raise approx. €1,450,000 for the substantial rebuilding required. The Stichting Huis ter Kleef, a charitable foundation, is now cooperating with Stadsherstel, a 60 year old non-profit organization that purchases, restores and maintains historically listed buildings (see www.stadsherstel.nl). The Stichting will submit financing requests to both public and private institutional funds focused on restoring historic buildings in The Netherlands and in Europe. This process will take some time but we are confident that these funds will reduce our financing need substantially. The Stichting however cannot raise this money needed without your help. And helping is easier then ever and actually everybody cán help.

Everybody can help. And we need a lot of help. As many organisations weare looking for money.But, unlike many other organisations, we give you a lot in return. Please let us explain what we can offer.

Collectors item: Delftware replica Huis ter Kleef
As part of our program, KLM and Bols supported the Stichting by making a Delftware replica of Huis ter Kleef. This piece of Delftware is part of the total Delft Blue KLM Houses and is a true specialty. Only a limited number of houses were made and you are able to get one yourself and complete your collection. KLM and Bols donate the total amount to the Stichting. At an auction in 2013, a Huis ter Kleef KLM House replica sold for € 2.551,-. Now you are able to buy one yourself for only € 1.000,-. 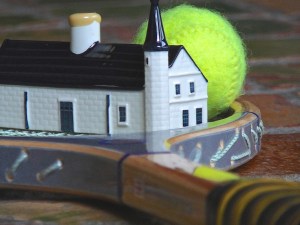 Membership
Apart from the replica, the Stichting Huis ter Kleef offers a variety of membership categories.Memberships give you certain unequaled privileges. So why not sign up. 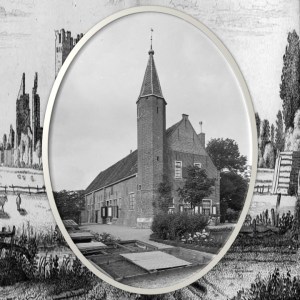 Read all about the memberships here


Read about our memberships

Leave a legacy Huis ter Kleef
We all want to be remembered, to feel that we’ve contributed something to the world. For some, this can be a driving force leading to great accomplishments and extraordinary contributions to mankind. Stichting Huis ter Kleef offers this opportunity now to everybody to put your stamp on the future, to make meaning and proof of your being. By leaving a legacy.

Leave a legacy Huis ter Kleef is an international public program designed to encourage peoples desire to help by making together the biggest personal tile mosaic in the world. How can you join?


Find out more about our membership options